Top 6 reason why Muslims should stay away from Bitcoin

Bitcoin is a cryptocurrency and it is decentralized by design for doing peer to peer transaction and there is no need of any centralized entities like Bank to transfer money or entities between two people as long as it is digital assets.

We all know the rise and fall of Bitcoin and then the rise. The roller coaster still continuee even now. Who could have thought Bitcoin which was started in the year 2008 would reach for the skies in the year 2017? But the world did not end in the year 2017.

But recently Islamic scholars came together and issued a fatwa against Bitcoin, stating that such transactions are prohibited. Whatever it is, we as good Muslims need to adhere to what Islamic scholars had said.

Just rememberm that Prophet Muhammad (Peace be upon him) has said that Islamic scholars are his legacy bearers, so we got to follow Islamic scholars nonetheless how tempting is to invest in Bitcoin. Before dwelling into the reason why Muslims should be better off from trading or investing in Bitcoin.

1 : There is no need of central bankers or banks. The striking advantage edge of Bitcoin is that there is no need of central bankers to approve the transaction between 2 people or entities. It will lead to fair transaction as there is no middleman in between and hence no bias. People can trade anything in the form of Bitcoin across the world and it has the potential to replace dollars as the world reserves currency if Banking guys does not flex up their muscles. Finally, some thing came to relieve the world from the tyranny of the central Jewish bankers. We all knows who runs the banking industry for centuries.

It is faster than typical Banking transaction. There is no double spending.

In Bitcoin, you can't double spend your money. It means that what you have if what you could spend. Thats it. You can't spend more than what you have. It can't be possible in Bitcoin network. Unlike, Credit cards or Banks where it is possible to double spend or negative balance. All the users on the Bitcoin blockchain are remained anonymous unless the users choses to go public. It is secured by SHA-256 algorithm and hacking such algorithm is a nightmare even for the world's elite hackers.So, the money remained secured as long as user does not messed up with the Bitcoin wallets or their negligence.

Having mentioned the above points, let's discuss the disadvantages of Bitcoin.

Who owns the bitcoin? 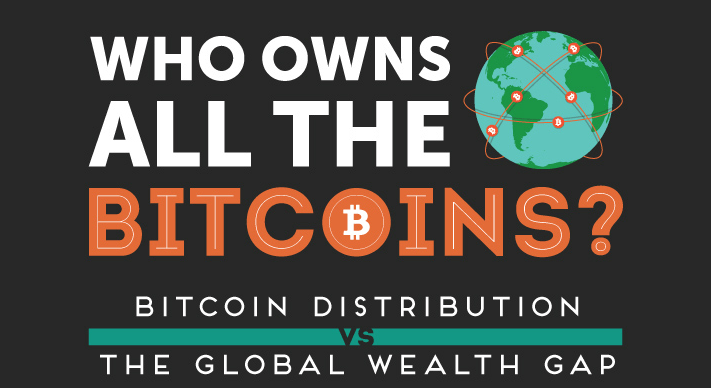 According to statistics put together by BitInfoCharts through parsing the blockchain, of roughly 23 million Bitcoin wallets in existence, more than 13 million of them own only a fraction of a Bitcoin. While many in number, they make up a minuscule portion of the overall financial landscape.

The second largest wallet in the world contains 163,133 Bitcoins, worth around $1.6 billion. It’s thought to be a cold storage wallet — a Bitcoin wallet kept offline to avoid hacking – owned by BitFenix, a cryptocurrency exchange.

It is not eco friendly People need to learn about Bitcoin in detail and should know how the Bitcoins are created out of thin air just like how US bankers creates dollar money out of thin air without the need of President approval. The creation of Bitcoin happens through a process called mining. The mining is about computing the hash of the transaction according to the difficulty set by the Bitcoin network and it involves heavy computation to do that which requires lot of CPU power and hence the need for cooling super computers involved and thereby generates so much heat and pollution.

Nations of the world are striving for the clean energy but Bitcoin is taking the world to the dirty energy.One can read about it here Most of the people do not know that there is hidden monopoly in the Bitcoin network and there was a research done to find this out. The researchers found that the top four Bitcoin-mining operations had more than 53 percent of the system’s average mining capacity, measured on a weekly basis. Mining for Ethereum was even more consolidated: three miners accounted for 61 percent of the system’s average weekly capacity. They also found that 56 percent of Bitcoin’s “nodes,” the computers around the world running its software (not all of them engage in mining), are located in data centers, versus 28 percent for Ethereum BIP is introduced to improve the functioning of the Bitcoin network and reducing overhead and current issues of the system. The issue relies on who are in charge of this introduction and who follows and implement it? There were many BIP changes introduced into the network but my question why it was introduced and who approved those changes to happen? It is a game of average Joe and any Tom, Dick and Harry could be leading you to nowhere.

It does not have intrinsic value. Bitcoin and Dollar currency does not have any intrinsic value. It should have some intrinsic value such as Gold, Silver. Islam strictly prohibits investing in things which is highly volatile. Bitcoin is not at all stable and keeps on hopping the average slide window price as well as collapsing far below the average. It is risky business for a average Joe. Refer here Bitcoin rage these days reminds me of a casino in Las Vegas. People bets on some thing and try their luck to make money out of it. Most of the people loses it and few lucky fellows wins it. Investing in Bitcoin is nothing short of a gambling. It is indeed gambling. People are blindly investing money without doing any home work at all. Such people are thinking one sided and it is only to make quick bucks and in the long run it might hurt many people. People should understand how the Bitcoin network works and the mining process behind it and how people or miners making money out of it.

We as good Muslims should not be tempted by the rise of Ethereum or Bitcoin or any other cryptocurrency. We should have good hopes from Allah and pray to him to help us overcome the central banker criminals and the fitna of the cyptocurrency, which does not have any intrinsic value and grant us the solution for a new world reserve currency which is decentralized as well as having intrinsic value. Aameen.